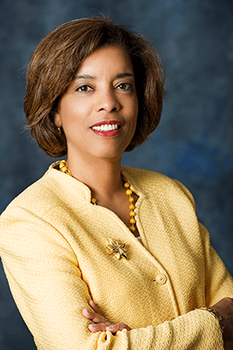 Pamela Trotman Reid, PhD, is the past president emerita of the University of St. Joseph in Connecticut. She is a senior scholar for the Merrill Palmer Skillman Institute for Child and Family Development at Wayne State University. Reid has a background in higher education panning more than 30 years as a researcher and professor in the field of psychology. She has lectured on psychology, education and women’s studies, and is nationally known for her scholarship in gender and racial socialization. 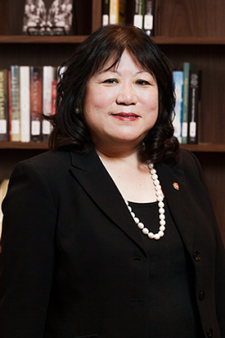 Ellen Junn, Ph.D. has served for more than 30 years in teaching and leadership positions at five California State University campuses and constantly displayed a gift for helping non-traditional students succeed. Junn, most recently the provost and vice president for academic affairs at CSU Dominguez Hills, began a new leg of her journey as the 11th president of California State University, Stanislaus.

Prior to her position at Dominguez Hills, Junn was the chief academic officer at San José State, served as associate provost at Fresno State and held various leadership positions at Cal State Fullerton. Junn is widely published and has written professional journal articles on topics such as supporting the success of underserved students, the importance of university-community engagement, and strategies for supporting non-tenure track faculty, especially women and minorities. Junn earned both a master’s and Ph.D. in cognitive and developmental psychology from Princeton University.  In addition, she holds a Management Development Program Certificate from Harvard University, and a CSU-Knight Collaborative Program Certificate from the University of Pennsylvania’s Wharton Institute for Research in Higher Education. 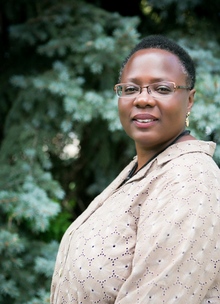 Terri Davis, Ph.D. is Associate Professor of Professional Psychology and Director of the Psy.D. Program at the University of Denver.  Davis' areas of  expertise are in leadership skills development,  academic program assessment,  and social justice. In 2017, Terri served as the Lead Coordinator, representing Division 17, Society of Counseling Psychology, for the National Multicultural Conference and Summit (NMCS). She also served as the Fundraising and Keynotes Coordinator for the NMCS 2015 and she shadowed the Division 35 Fundraising and Keynotes Coordinator during NMCS 2013. Terri completed her degree in Counseling Psychology at The Ohio State University. Her teaching and research interests center on the educational and clinical needs of under-served undergraduate and graduate students and clients. 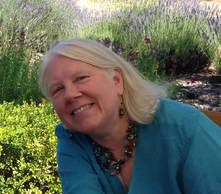 Ruth E. Fassinger, Ph.D. is Professor Emerita at the University of Maryland (UMD), where she spent most of her career and served in many leadership roles, including Chair of the (then) Department of Counseling and Personnel Services in the College of Education and Co-founder of the Consortium on Race, Gender and Ethnicity as well as the Lesbian, Gay, Bisexual, and Transgender Studies Program. She was named a Distinguished Scholar-Teacher at UMD and mentored many dozens of graduate and undergraduate students through her leadership, teaching, and research. Dr. Fassinger left UMD for California, where she served as Dean of the College of Education at California State University, Stanislaus, and as (founding) Dean of the College of Graduate and Professional Studies at John F. Kennedy University. Currently, she maintains an independent practice in leadership coaching and consulting, and she has created a philanthropic business, SEW RUTH: Quilts for Causes, an effort that sends proceeds from her custom-made quilts to many worthy causes.

​Dr. Fassinger received her PhD in psychology from the Ohio State University, and she was a Staff Psychologist and Adjunct Faculty member at both UC/Santa Barbara and Arizona State University prior to UMD, continuing her therapeutic work for more than 20 years in her independent practice specializing in women and gender, work/career, and LGBT issues. She has published widely in the psychology of women and gender, sexuality and sexual orientation, diversity and advocacy in mental health, and the psychology of work/career, including leadership. Dr. Fassinger is a fellow of the American Psychological Association (APA) in Divisions 17 (Counseling Psychology), 35 (Psychology of Women), and 44 (Sexual Orientation and Gender Diversity), and she has served on the editorial boards of all the major journals in those divisions. She is very active in professional leadership in psychology, including having served as Vice President for Science in Division 17, President of Division 44; member of the APA Board of Professional Affairs and the Committee on Sexual Orientation and Gender Diversity; and founding faculty and Executive Committee member of the APA Leadership Institute for Women in Psychology. She currently serves as President of the Society of Counseling Psychology/Division 17. 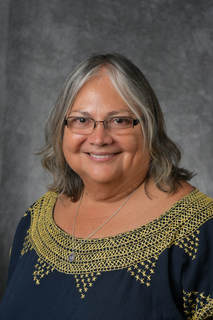 Yvette Flores, Ph.D. completed a doctoral degree in Clinical Psychology at U.C. Berkeley and has done postdoctoral work in health psychology. Her research foci in the past has been substance abuse treatment outcomes, women’s mental health, and intimate partner violence. A Professor of Psychology in Chicana/o Studies at U.C. Davis for the past 29 years, Dr. Flores’ current research promotes family well being in rural California communities and examines the mental health impact of migration on Mexican men.  She is also co-investigator of a National Science Foundation Institutional Transformation grant to increase the numbers of Latinas in Science, Technology, Engineering, Mathematics, and Medicine [STEMM] careers.
Her publications reflect her life’s work of bridging clinical psychology and Chicano/Latino studies, as she foregrounds gender, ethnicity and sexualities in her clinical, teaching and research practice.  Her book Chicana and Chicano Mental Health: Alma, Mente y Corazon was published by the University of Arizona Press in March of 2013 and Psychological Perspectives for Chicano/Latino Families was published by Cognella Academic Publishers in 2014.  Sentia Academic Publishers published her e-book on Latinx Children and Adolescents in 2016.

​Dr. Flores is a national and international consultant on cultural humility, prevention and treatment of trauma, and gender, migration and mental health. Most recently she served as a coach for the Women’s Addiction Services Leadership Institute [WASLI], a project funded by SAMHSA until 2018.
www.drayflores.com
drayflores@gmail.com 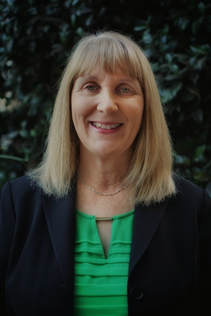 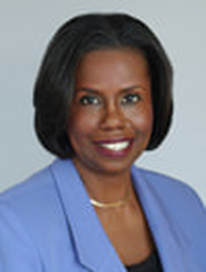 Jessica Henderson Daniel, PhD, ABPP, is the President of the American Psychological Association. She is also the associate professor of psychology, department of psychiatry, Harvard Medical School, Director of Training in psychology, department of psychiatry, and Associate Director of the Leadership Education in Adolescent Health Training Program, Division of Adolescent Medicine at Children’s Hospital, Boston. She is the first African-American woman elected to lead the American Psychological Association.
​
In 1993, as chair of the Massachusetts Board of Registration of Psychologists, she proposed that the board consider regulations requiring instruction and training about people of color in order to be licensed as a private practitioner in Massachusetts. The regulations passed, and Massachusetts continues to be the only state with such regulations. In recognition of her reorganization of the Massachusetts board and the passage of these regulations, she received the 1993 Massachusetts Psychological Association Ezra Saul Psychological Service Award and the 1995 Boston Section of the National Council of Negro Women’s Courage of Conviction Award.

​During her many years as a leader within the American Psychological Association, she has served as president of Division 35, the Society for the Psychology of Women, and a member of the Task Force on Adolescent Girls, the Committee for the Advancement of Professional Practice, the Council of Representatives (chairing both the Women’s Caucus and the Public Interest Caucus), and the Finance Committee. In addition, she has been the senior member of the Division 31 (State, Provincial and Territorial Psychological Association Affairs) Early Career Psychologist Task Force; chair of the APA Presidential Centering on Mentoring Task Force; and the first African-American elected to the position of member-at-large of the APA Board of Directors. While in the latter role, she initiated the formation of a Task Force on Resilience and Strength in Black Children and Adolescents. The task force’s report, "Resilience in African American children and adolescents: A vision for optimal development," has been widely distributed and well-received. As president of Division 35, she formed two task forces: Early Career Psychologists and Adolescent Girls, which are now standing committees in the division. Daniel also founded a mentoring group for early career women psychologists of color who have been identified as potential leaders.

Daniel has long been concerned about the small number of research psychologists who are people of color. In 1999, with a vision of a mentoring program for women of African descent, she obtained funding from the National Institutes of Health, the Kellogg Foundation and Harvard Medical School for the Next Generation Program, an ethnically based mentoring program for early career women of color who are committed to research careers that focus on adolescents. In 2009 and 2011, Daniel served as a faculty member of the Diversity Leadership Development Workshop, an initiative of Div. 31.
Daniel’s career has focused on instruction, training and mentoring. Her contributions as a mentor were recognized by Harvard Medical School in 1998 when she received the A. Clifford Barger Excellence in Mentoring Award — the first woman, the first person of color and the first psychologist to be so honored. She is the recipient of mentoring awards from the American Psychological Association of Graduate Students (1999), the Society for the Psychological Study of Ethnic Minority Issues (2003) and the Society for the Psychology of Women (2006). Beginning in 2007, the latter award was renamed the Strickland-Daniel Mentoring Award. She also received the 2001 Distinguished Alumni Award from the University of Illinois-Urbana, the 2002 APA Distinguished Award for Education and Training, the 2004 MPA Kenneth D. Herman, PhD, JD, Career Contribution Award, the 2006 Association of Psychology Postdoctoral and Internship Centers Award for Excellence in Psychology Diversity Training, the 2008 Committee on Women in Psychology Distinguished Leader for Women in Psychology Award, the 2010 Caldwell-Colbert Clinical Educator Award (APA Society of Clinical Psychology), and the 2010 Ivan Mensh Award for Distinguished Teaching (Association of Psychologists in Academic Health Centers). In 2010, she received the Harvard Medical School Harold Amos Faculty Diversity Award in recognition of her instruction and training programs that address diversity issues at Children’s Hospital. She is a 2011 recipient of the Elizabeth Hurlock Trust Award, which honors inspirational professors. Also in 2011, she received the Samuel M. Turner Mentoring Award from Section VI (Clinical Psychology of Ethnic Minorities) in Div. 12 (The Society of Clinical Psychology). Daniel is an APA fellow. 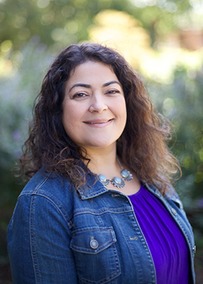 Anneliese Singh, Ph.D. is a Professor and Associate Dean for Diversity Equity, and Inclusion in the College of Education at the University of Georgia. She is a queer, mixed race, South Asian, Sikh first-generation American, and she has dedicated her life to bridging liberation psychology, street activism, and decolonization work within counseling and psychology. Dr. Singh has contributed to many counseling and psychological practice guidelines and competencies, including the recent revision of the ACA Multicultural and Social Justice Counseling Competencies, the APA Transgender Guidelines for Psychological Practice, and the ACA Competencies for Counseling Transgender People. She has written over 100 peer-reviewed articles and chapters and 4 books in the areas of social justice counseling and LGBTQQ+ counseling. Dr. Singh is the author of the Queer and Transgender Resilience Workbook and the upcoming Racial Healing Workbook. In 2009, Dr. Singh co-founded the Georgia Safe Schools Coalition to work on the intersection of heterosexism, racism, sexism, and other oppressions in Georgia schools. She also founded the Trans Resilience Project to translate findings from her 15 years of research on the resilience that trans and nonbinary people develop across the lifespan and across multiple identities to navigate societal oppression. Dr. Singh passionately believes in and strives to live by the ideals of Dr. King’s beloved community, as well as Audre Lorde’s reminder that “without community, there is no liberation.” Engage with her at @anneliesesingh on Twitter and Instagram